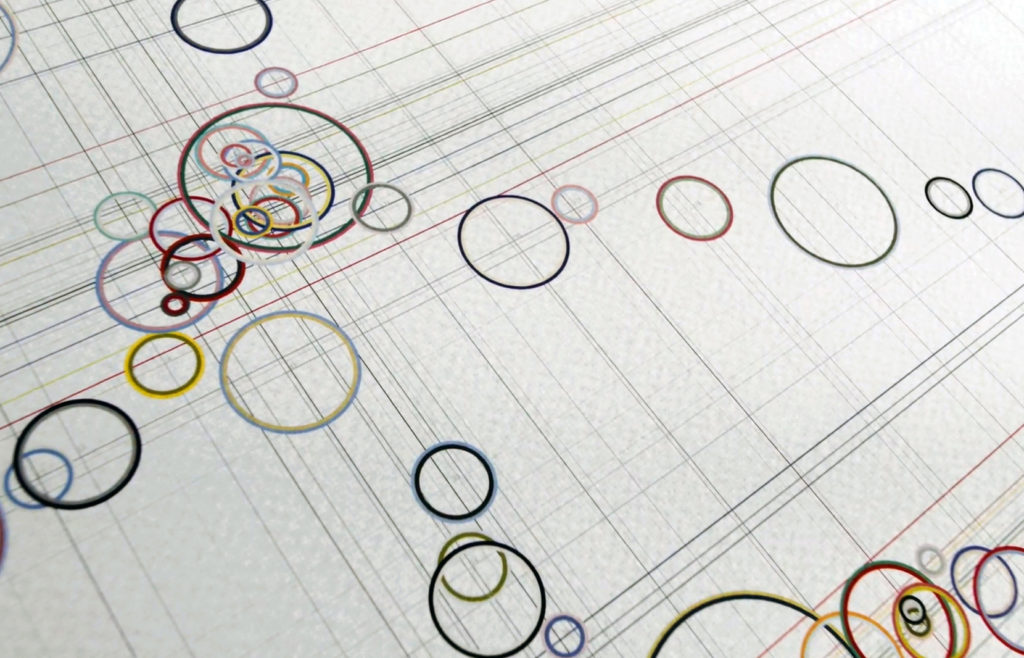 Three of the six selected artists are based in the North East. Anja Percival and Eunice Routledge both have studios in County Durham and Newcastle University graduate Rachael Clewlow, is based at Cobalt Studios in Newcastle’s cultural quarter of Ouseburn.

Northern Print has worked with Rachael Clewlow a number of times since her 2013 exhibition ‘Orders of Scale’ alongside Alex Charrington and Nick Kennedy. Her process of depicting transferring details of the journeys she makes from painstakingly neat diaries to graphic form is methodical to the point of becoming almost scientific in nature.

A short film created for The Lumen by Newcastle based filmmaker, Alan Fentiman, documents Clewlow’s rigorous process from conception to realisation. It is part of a series of films made to launch The Lumen Print Collection.

“We really value being able to support the region’s graduates as they develop their professional practice. Part of this is about getting to know each artist and understanding their work and interests over a longer timeframe. This means we can match artists to projects and shape opportunities to be even more valuable.

The idea of a commission relating to Joseph Swann and the connection to the city seemed really suited to Rachael’s way of working and avoided perhaps more obvious responses to the theme. We hope that the commission opened up new ideas for Rachael in her work as well as showcasing the quality of printmaking in the city”.

At a time when working in the cultural sector is proving to be challenging, The Lumen Print Collection project has been a very positive collaboration between the creative industries and private sector.

The series of artist films by Alan Fentiman will continue to be released throughout September and October.

Can a robot help a healthy lifestyle? Newcastle puts it to the test
indigo
No Comments

The UK’s National Innovation Centre for Ageing is the first in the world to evaluate “gita robots”, a cargo-carrying robot which follows you around, to assess the impact on the mobility of older adults.

A symbol of light has been unveiled on Newcastle Helix. The recently opened Lumen building has had a ‘Halo’ installed across the top of the building, that can be seen for miles across the city.

With winter looming and as the days continue to get shorter, the theme of The Lumen Print Collection takes on an uplifting new significance. Curated around the central theme of light by Northern Print, the collection features original prints by six artists, two of whom have been especially commissioned to make new work for the building.

The North East’s own centre for original printmaking, Northern Print has been working with The Lumen during this year’s lockdown to curate a permanent collection of original fine art prints for the flagship building.

Ambitious plans for a multi-million pound regional ‘COVID’ hub – the first of its kind in the country - have today been unveiled by Newcastle Hospitals and Newcastle City Council.

International real estate advisor Savills is strengthening its presence in the North East by relocating their Newcastle office to one of the city centre’s newest office buildings, The Lumen

A ground-breaking new vision for affordable homes to suit all generations has won planning permission to go ahead on Newcastle Helix, a 24-acre innovation district in Newcastle.

Newcastle Helix is a unique partnership between Newcastle City Council, Legal & General and Newcastle University. Businesses, researchers, and scientists based on this 24-acre development have been innovating and collaborating to support the global fight against COVID-19. Not only to combat the immediate impacts but preparing cities and regions for our post covid world.

New data skills and models of delivery are supporting a clean tech innovator to scale overseas and optimise outputs. 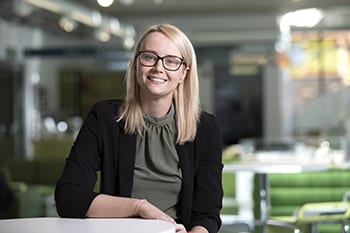 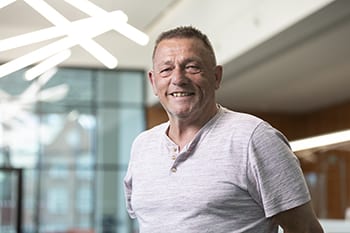 Copyright: This website and its content is copyright of The Lumen - © The Lumen 2020. All rights reserved. Any redistribution or reproduction of part or all of the contents in any form is prohibited other than the following: you may print or download to a local hard disk extracts for your personal and non-commercial use only; you may copy the content to individual third parties for their personal use, but only if you acknowledge the website as the source of the material. You may not, except with our express written permission, distribute or commercially exploit the content. Nor may you transmit it or store it in any other website or other form of electronic retrieval system.